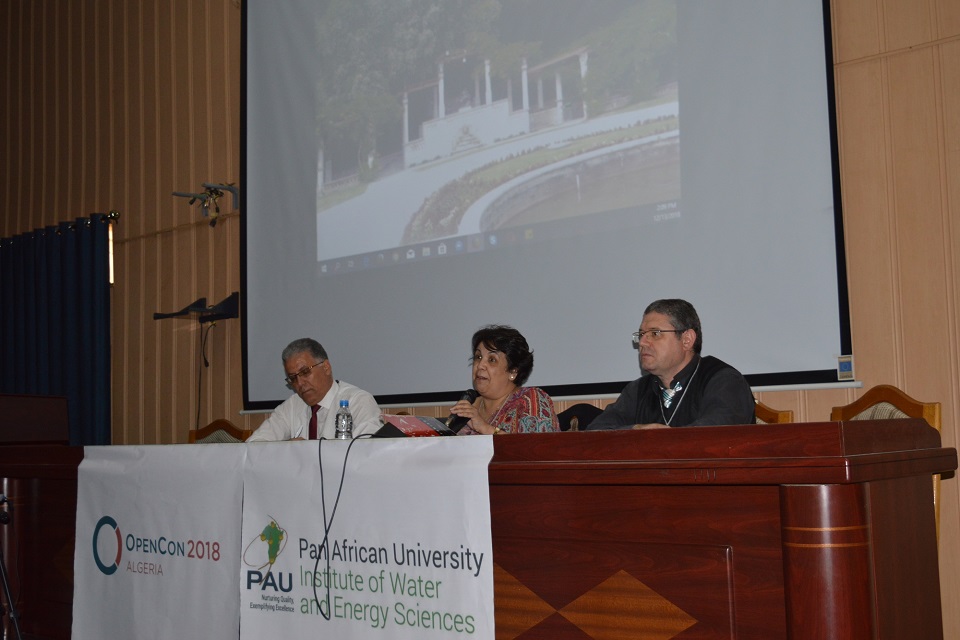 The OpenCon event was held with success at the faculty of technology, centre de télé-enseignement Chetouane Tlemcen Algeria in December 13th, 2018.

The Director of Pauwes, Prof. Abdellatif Zerga opened the event by emphasizing the importance of the Open Data and research, given the fact that “the market of education is one of the biggest market in the world”. It was followed with an enriching presentation by the guest speaker: Prof. Kamel Belhamel who talked about important tools to enhance Africa’s education quality like the Directory Open Access Journal (DOAJ) and the Open Educational Resources (ORE). He demonstrated as well that “we need to break down the wall blocking completing access to education.

The Deputy Director of Pauwes Prof. Chewki Ziani Cherif, highlighted on the progress made by Pauwes institute in terms of promoting open education and he also announced some interesting projects like partnering with Stellenbosch University in South Africa for the launch of MooCs and the launch of PAVEU (Pan-African Virtual e-University) by the African Union. Besides, two interesting webinars were held: the ﬁrst was about the Pathways to open data advocacy in Africa and the role of academics by O. David Adepoju and the second focused on the adoption of Open Educational Resources in Higher Learning Institutions in Africa by Camille Thomas. Moreover, in order to involve the audience, there was a very enriching discussion panel in which many questions such as the language barriers and difference between open access and free access were raised.

One of the OpenCon organizers Donald Abonyi, demonstrated the importance of open access with an amazing dance which was not only relaxing but also assisted participants in better understand the concept of open access. Mr Fidelis Eyoh Ukume of GIZ also facilitated a workshop on Data Management Plan where participants were divided into groups to discuss and then present some points regarding research Data Management.

Participants expressed their satisfaction from knowledge gained with the commitment to be emissaries for open access, open data and open education.

OpenCon 2018 was a huge success from organisation to content delivery.