HE. Prof Mohammed Belhocine elected Commissioner for Education, Science, Technology and innovation of the African Union. 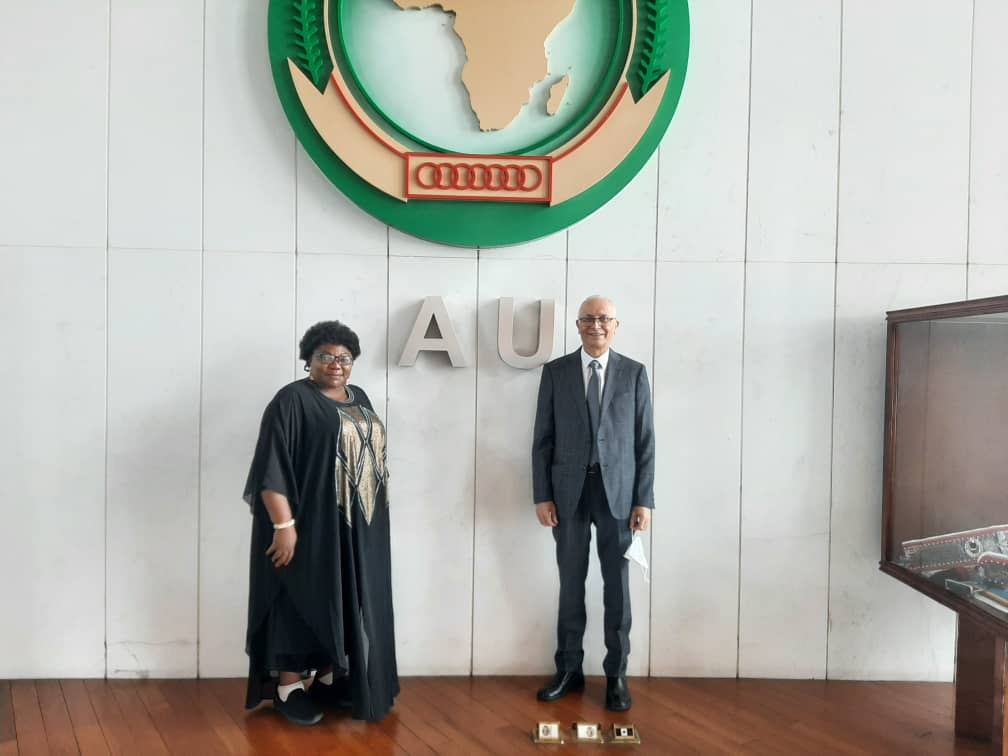 On 15th October, 2021, During the 39th Ordinary session of the Executive Council held in Addis Ababa, Ethiopia, through Decision EX.CL/1289 (XXXIX), HE. Prof Mohammed Belhocine, a medical scientist and professor of internal medicine and epidemiology from Algeria was elected Commissioner for Education, Science, Technology and innovation of the African Union.

HE Prof Belhocine has a solid background as a practitioner and teacher as well as leadership in international organizations such as WHO.

Prof Mohammed Belhocine is the second commissioner from the Northern Africa region after H.E Prof. Nagia M. Essayed (March 2004-February 2008). He took oath by videoconference on Monday, 17 January 2022, within the framework of a physical and virtual ceremony organized to this effect at the AUC Headquarters together with the incoming commissioner for Health, Humanitarian Affairs, and Social Development (HHS).

Prof. Belhocine has been handed the relay baton by H.E. Prof Sarah Anyang Agbor who completed a successful mandate as Commissioner of the HRST now ESTI (Education, Science Technology and Innovation) Department, a position she assumed since 31th July, 2017.

The official handing over ceremony between the two Commissioners took place on Friday 21stJanuary 2022.

It started with the welcoming of the incoming Commissioner by the outgoing, followed by a tête-à-tête between the two. Then, Commissioner Belhocine was taken by the outgoing for a tour of the Department. This aimed to discover the premises of the Department, but also introduce ESTI staff. The handing-over report and the signing of official documents started at 1:00 pm in the Commissioner Board Room under the auspices of the Ag. Secretary General of the Commission and in the presence of the staff from ESTI. This ceremony was both physical and online for the staff outside Addis Ababa.

The ceremony was closed by a group picture at the Nelson Mandela Hall followed by refreshment.

A farewell ceremony was also organized on 20 January by the Department for ESTI for the outgoing Commissioner, H.E. Prof Sarah Anyang Agbor. The ceremony was held both physically and virtually. This event was punctuated with several testimonies from partners, Commissioners and collaborators.

They all acknowledged her humane qualities. For them, she was “a leader rather than a boss”. They recognized her overflowing energy. They wished her well in her future endeavours, hoping that she will continue to radiate and shine in other spheres for the implementation of Agenda 2063 that she has always promoted throughout her stay at AU. Very honoured to have worked with her, the Department’s staff offered her several gifts as memories.

On Saturday, 22 January 2022, the Chairperson of the African Union Commission, H.E. Moussa Faki Mahamat, organised a lunch in his residence to bid farewell to Prof. Anyang that he has always considered as a younger sister.

0 responses on "HE. Prof Mohammed Belhocine elected Commissioner for Education, Science, Technology and innovation of the African Union."